Emergency Response Studio will be part of “Streetfest”, Saturday, May 7, 2011, 11am – 7pm. The trailer will be located on the Bowery just below Houston Street.

Festival of Ideas for the New City

"Over eighty independent projects, exhibitions, and performances, which expand on the Festival’s themes, will open at multiple festival partner venues Downtown, activating a broad geographic area. Projects include a solar powered mobile art studio; artist-commissioned roll-down, metal storefront gates; projections of poems in endangered languages on Lower East Side buildings; a prototype of an urban campground; a marathon event where architects will present their ideas about reconfiguring public space in a rapid fire format; an exhibit exploring the political, economic and social relevance of preservation and its role in architectural thinking; and a wide range of other activities exploring ideas for the future. These events will open Saturday evening, May 7, and Sunday, May 8." 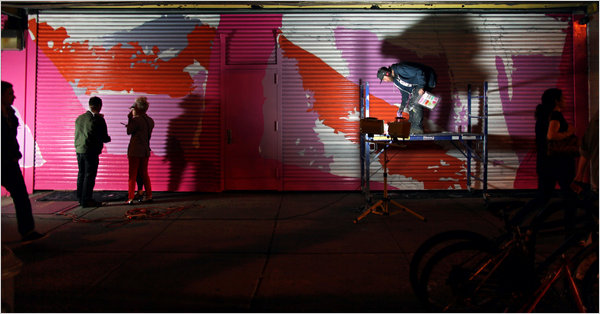 "Paul Villinski’s solar-powered artist’s studio, constructed from a Federal Emergency Management Agency trailer that was set up in Louisiana after Hurricane Katrina, will be at StreetFest."